IITs are the premium chain of institutions sprawled across India for graduation and post-graduation studies. IITs are ranked top and above all the engineering colleges in India. Graduating from an IIT with an engineering degree is a dream come true for many students. And the children getting into one of the IITs is every parents’ wish!

Why is the IIT craze high?

Each passing year, the records show that there are lakhs of students attempting the JEE (Joint Entrance Examinations) in order to get into one of the IITs. The IIT craze is so high in our country that people trust the career of a child to be channelized and set once gotten admissions into these institutes. It could be true to some extent, owing to the fact that IITs have always shown a better future for its alumni. The IITian tag itself is enough for the IIT graduates to land themselves in a lucrative job. Not just that, even when looking at the selection process for higher education in top management institutes in India, students from IITs are given more preference whilst shortlisting into the courses.

What has to be done in order to get into an IIT? 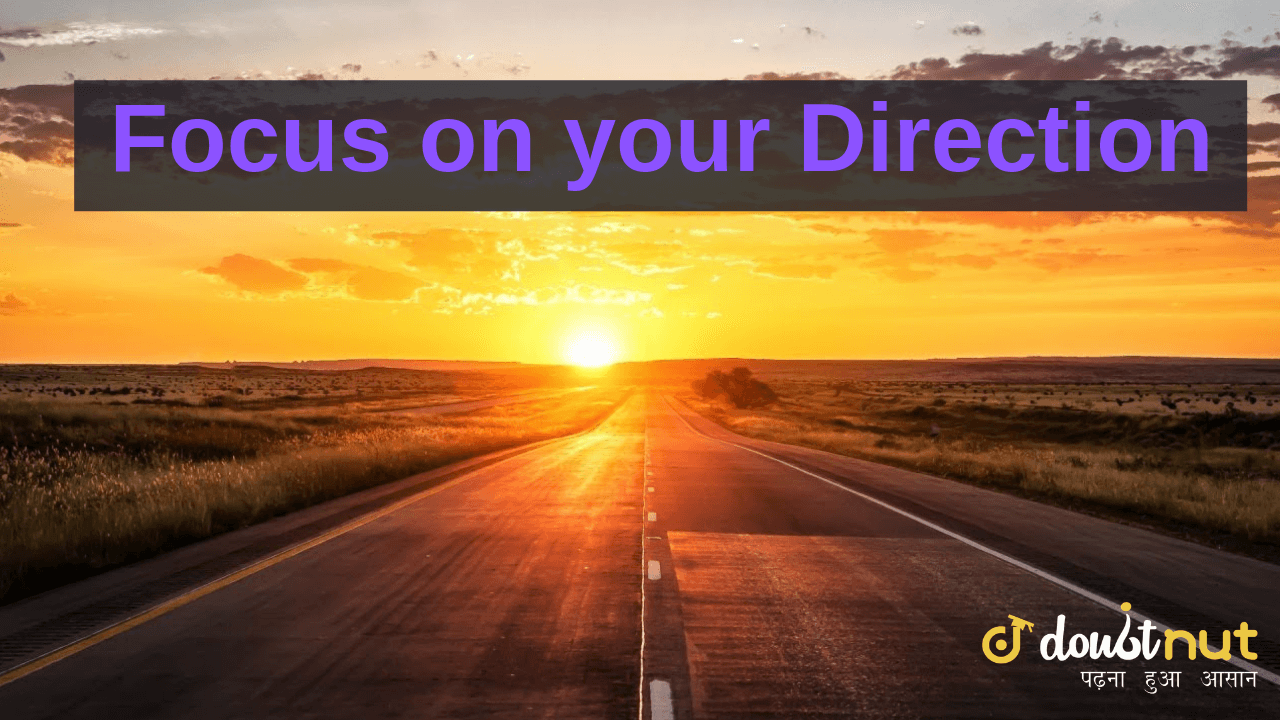 As high as the hype is, getting into an IIT doesn’t seem to be a cakewalk or at least, that’s what people say!

Let us look at the eligibility and other criteria need to be met in order to get into an IIT. Apart from meeting the age-related and other basic criteria, one needs to crack two levels of exams, mainly mains and advanced. The aspirational candidates need to meet a certain cut-off mark in mains which in turn opens the gateway to advanced. Qualifying advanced is another herculean task for the aspirants owing to the high cut-off scores. Once after qualifying the exams, candidates are assigned rankings and subsequently are allotted seats into various IITs and into different courses based on the allotment trend and demand.

Thus, we can conclude that students actually achieve a feat when they crack the entrance examinations for IITs and secure a seat. This also shows that cracking the JEE exams demand a lot of hard work and smart work from the aspirants. There is a lot of IIT coaching and training institutes all over, that provide with sample materials, mock tests, and all other related materials required by the students, thus making the process of preparations tad easy for them. Apart from the physical coaching institutes, there are also e-learning tutorials that provide the required materials and question banks apt for the students who are into the self-preparations too.

As the old saying goes, “there is no secret to success”, it requires a lot of efforts from the students to crack any examinations, let alone JEE. With all these resources and guidance available now, smartness and intelligence level of the individual is the most important factor for securing a seat in the IITs. Smartness and intelligence are somethings that come automatically along with the process of gaining knowledge. 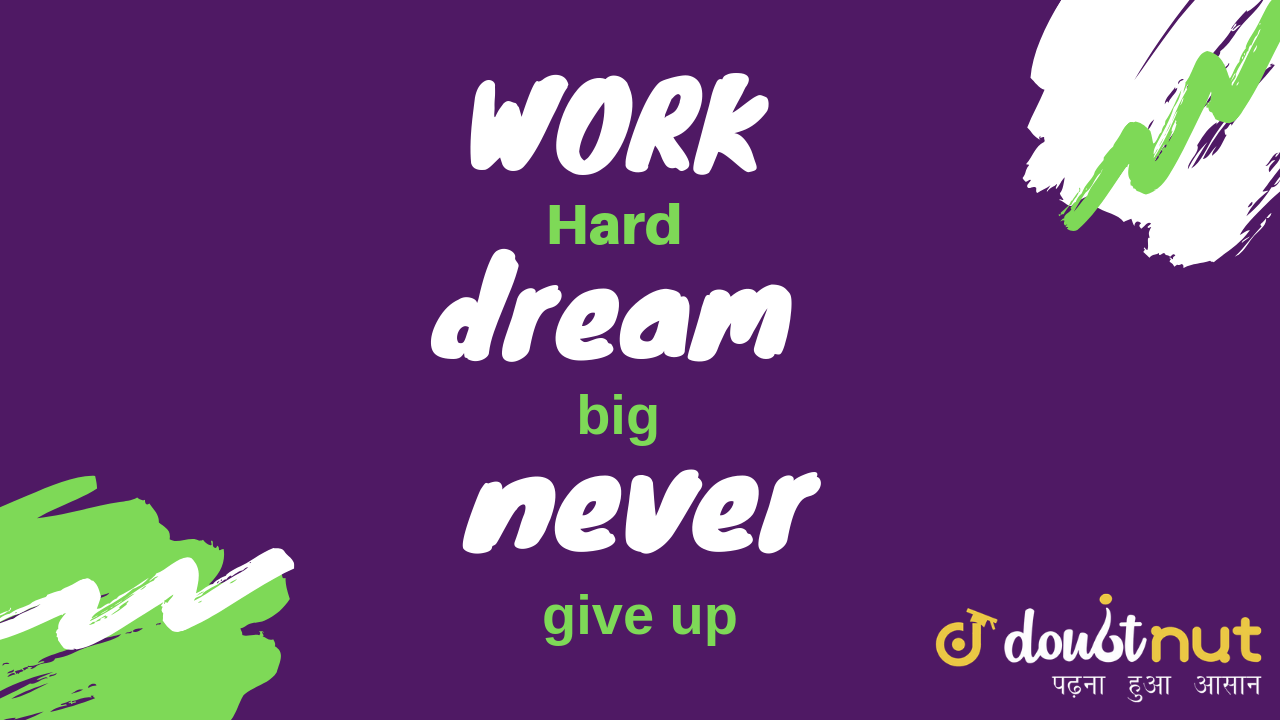 According to the former president, late APJ Abdul Kalam, who is an inspiration to many, “If four things are followed - having a great aim, acquiring knowledge, hard work, and perseverance - then anything can be achieved”.

Some people like APJ serve as an example for the students to get inspired to achieve their aims. It is apt to mention that along with the efforts and hard work put in by the students, getting inspired is also highly important to stay focussed and keep the grit going!

Some of the notable JEE alumni who now serves as an inspiration to thousands of aspirants are N.R Narayana Murthy, Sundar Pichai, Chetan Bhagat, Manohar Parrikar, Raghuram Rajan, Sachin Bansal, Nandan Nilekani, Vinod Khosla, etc. These are some of the people who have made India proud. These names are just enough for the aspirants to get inspired more and work harder to achieve their goals. So far, our country has seen many aspirants, who without even access to proper resources and study materials, cracking the tough exams of JEE. Some of their stories are really inspirational and can be depicted as success stories that can serve as a perfect motivation for the current aspirants.

Let’s now imbibe in some inspiration from these IITians based on their stories to success:

“Your marks in class 12 forms the foundation for your career and life”. This is a popular belief and what if we way that somebody totally shattered it into pieces?

Meet this person, who despite having passed the 12th std examinations with just 39%, managed to find a place in not just IIT, but also ended up getting a PhD from Lulea University in Sweden. Here’s presenting Rajiv Dandotiya, who was a government school student from a small town in Rajasthan. All it took for him to aspire an IIT seat was following a piece of suggestion to join IIT by a bookseller from whom he later purchased books to crack the JEE exams. After a few attempts, he had managed to win a seat for a dual degree program in Industrial Engineering & Management at IIT-Kharagpur. He is currently said to be working as an Assistant General Manager in a company called Maersk at Denmark.

Here, let’s look at a perfect example of someone coming from a small village in Rajasthan, broke all odds and aced the JEE with an All India Ranking of 1 in the year 2002. His name is Dungra Ram Choudhary and he is an alumnus of IIT Kanpur and graduated with an engineering degree in computer science. He had completed his schoolings from a government school in Jalore. He currently works at Oracle and has completed almost more than 10 years of working there.

Here is a classic example of a guy average in school studies making the IIT dreams happen. At a crucial stage, changed from Hindi medium to English medium, switched schools and coped with language barriers only to land as a low performer in school exams. But through sheer hard work, he slowly started improving and landed up scoring well in his board exams. He took the help from a dedicated coaching institute at Kota, eventually clearing the JEE exams and securing a chemical engineering seat at IIT-Roorkee. He is currently a senior chemistry faculty at a coaching institute at Kota.

There are so many people who remain unable to fulfil their childhood dreams. And there are others who strive hard in order to make their childhood dreams come true. One such person is Indian-origin researcher Srikanth Jagabathula, an IIT Bombay alumnus.  He dreamt of becoming an engineer since his childhood and hence aimed at joining IIT since he was in class 7. After his 10th, he put in a lot of hard work and strived towards his ambition. Out of sheer hard work and willingness, he got into IIT Bombay. After that, he went on to do his further studies and he finally finished his PhD from Massachusetts Institute of Technology (MIT). In the year 2015, when he worked as an assistant professor at New York University, he was awarded $ 500,000 for developing data-driven modelling and learning techniques.

Hope these stories were inspiring enough for the future IIT aspirants. A few of them here depict how successful people actually dream big and work towards it without self-doubts. This is very important for the students to keep things going their way. Finally, and most importantly, never ever give up on yourself! 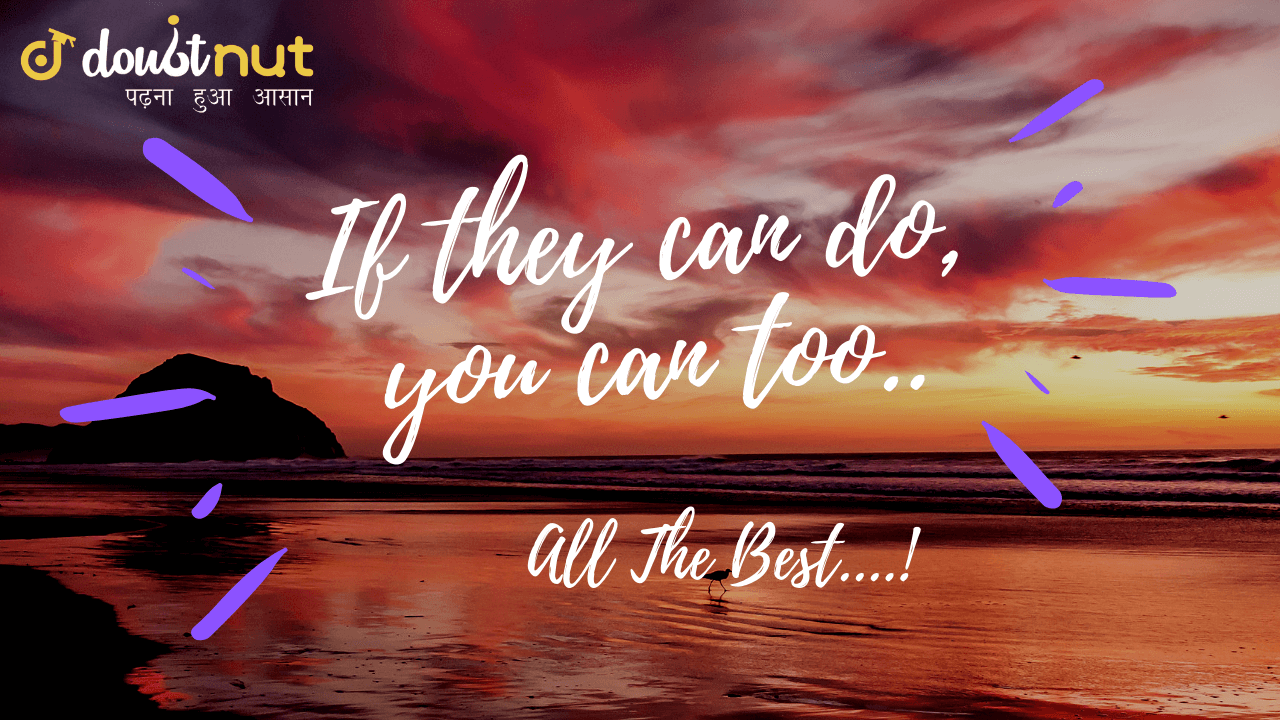